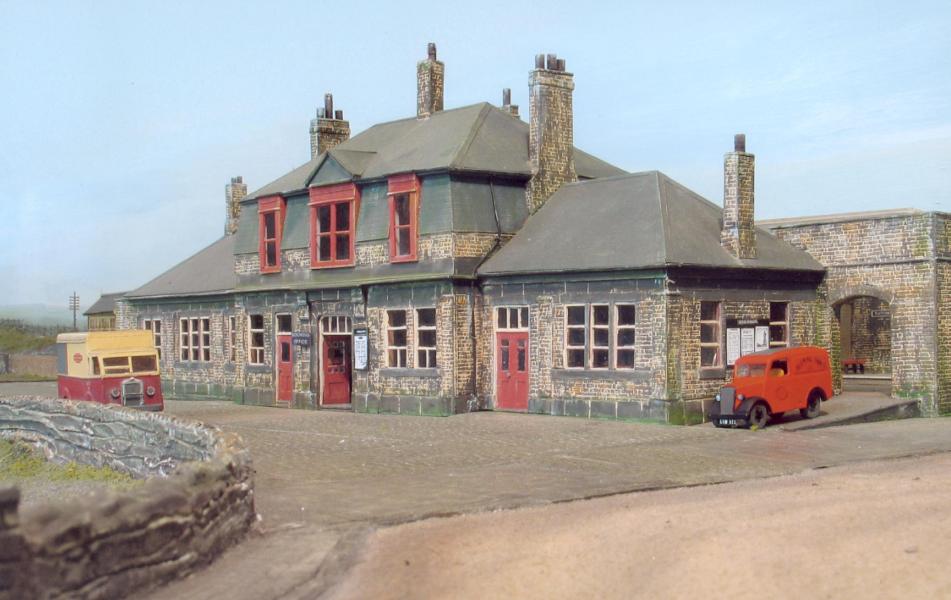 HEBDEN BRIDGE
Huddersfield Railway Modellers
Hebden Bridge is a small textile town on the eastern side of the Pennines, still served by excellent rail connections to Manchester, Leeds/Bradford and beyond.
The layout is a 4mm scale; 16.5 mm gauge fine scale layout constructed by members of the Huddersfield Railway Modellers 4mm group. The layout depicts the station, goods yards and approaches. The track plan is a double track mainline quadrupling to four tracks at one end of the layout.
The model is set in the period from nationalization in 1948 to the very early 60s and is essentially a steam railway, with some incursions by early forms of diesel traction.
A variety of trains operate over the route: express passenger (including dinning car expresses), local passenger and freight, mineral trains, through freight trains and parcels. The locomotives used on the trains range from pre-grouping L & Y types to BR standard classes. Coaching stock liveries include late pre-nationalisation, BR blood and custard and BR maroon. Much of the stock is kit and scratch built or modified rtr.
The goods yard is fully operational, with regular arrivals and departures and almost continual shunting operations in progress.
As a group we have tried to create an impression of an everyday working railway set in a workaday town: very little glamour but a sense of purpose.
The scenery represents the immediate surrounds of the station and includes a section of the River Calder and a Section of the Rochdale canal. All buildings are representations of actual buildings found in the area and are entirely scratch built
All the track work is SMP code 75 rail with the point work being scratch built.  The layout is 30ft long by 8 feet wide. 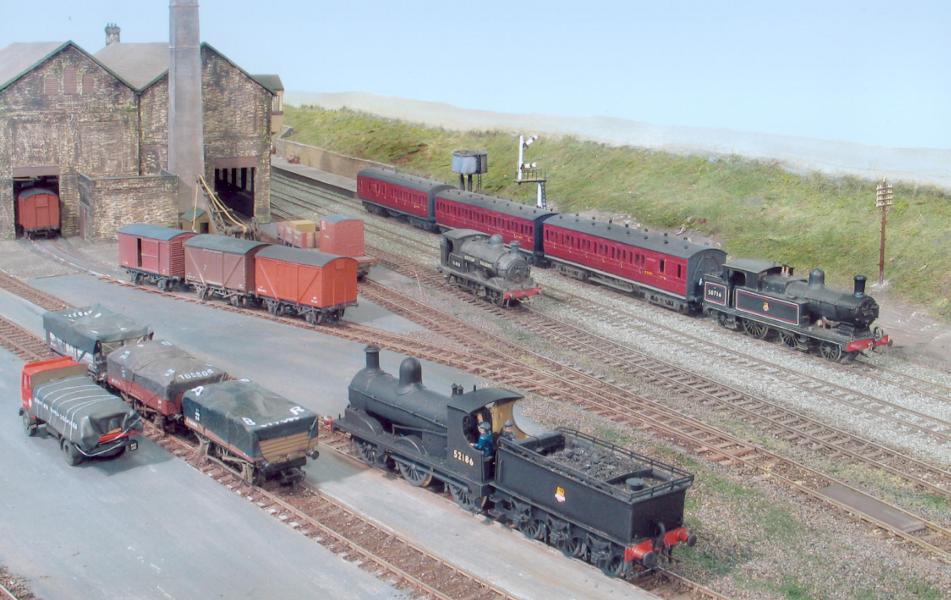